This search form uses an instant search feature. As you type, search results will appear automatically below the search field. When you've entered you desired search terms use tab to navigate through the available results and hit enter to open the selected page or document.
EDIT MAIN

What happens on and below the earth's surface?

K-LS1-1 From Molecules to Organisms: Structures and Processes: Use observations to describe patterns of what plants and animals (including humans) need to survive.

K-ESS2-1 Earth's Systems: Use and share observations of local weather conditions to describe patterns over time.

K-ESS2-2 Earth's Systems: Construct an argument supported by evidence for how plants and animals (including humans) can change the environment to meet their needs.

K-ESS3-1 Earth and Human Activity: Use a model to represent the relationship between the needs of different plants and animals (including humans) and the places they live.

K-ESS3-3 Earth and Human Activity: Communicate solutions that will reduce the impact of humans on the land, water, air, and/or other living things in the local environment.

1-LS1-1 From Molecules to Organisms: Structures and Processes: Use materials to design a solution to a human problem by mimicking how plants and/or animals use their external parts to help them survive, grow, and meet their needs.

1-LS3-1 Heredity: Inheritance and Variation of Traits: Make observations to construct an evidence-based account that young plants and animals are like, but not exactly like, their parents.

1-ESS1-2 Earth's Place in the Universe: Make observations at different times of year to relate the amount of daylight to the time of year.

CCSS.MATH.CONTENT.K.G.A.1: Describe objects in the environment using names of shapes, and describe the relative positions of these objects using terms such as above, below, beside, in front of, behind, and next to.

CCSS.MATH.CONTENT.K.G.B.5: Model shapes in the world by building shapes from components (e.g., sticks and clay balls) and drawing shapes.

CCSS.MATH.CONTENT.K.MD.A.2: Directly compare two objects with a measurable attribute in common, to see which object has "more of"/"less of" the attribute, and describe the difference.

CCSS.MATH.CONTENT.K.MD.B.3: Classify objects into given categories; count the numbers of objects in each category and sort the categories by count. 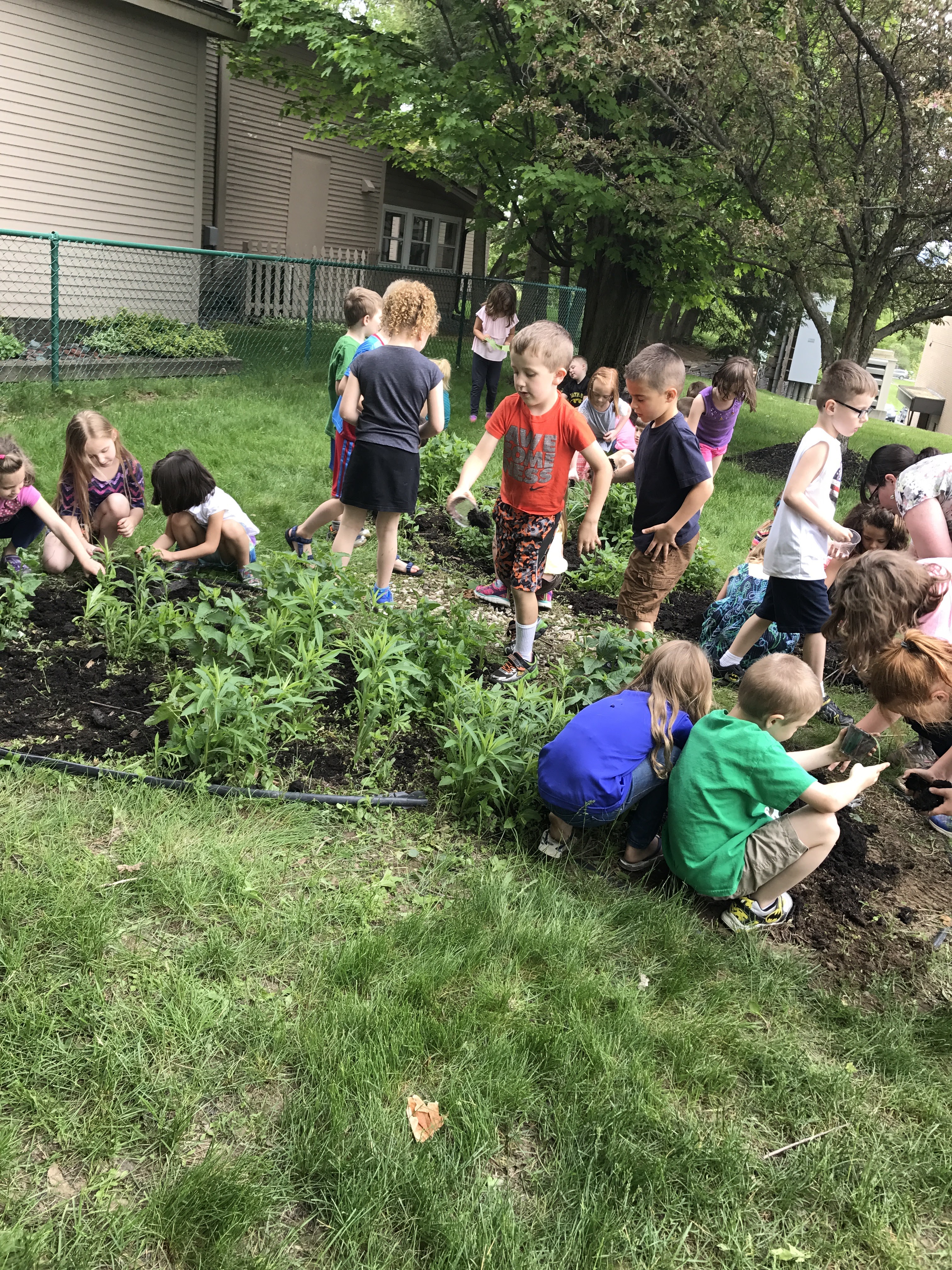